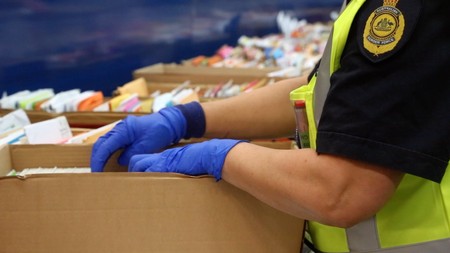 In a global week of action, law enforcement agencies from all over the world have come together to fight against darknet sites. Those who joint hands in this program are agencies from the United States, Canada, United Kingdom, New Zealand, France, Finland and the Netherlands.

A darknet market is a commercial website and function primarily as black market for illegal goods and transaction.

While a great many products are sold, drugs dominate the numbers of listings, with the drugs including cannabis, MDMA, modafinil, LSD, cocaine, and designer drugs. Since these sites are into purely illegal activites  involvement of any Sydney based customs brokers is ruled out.

In order to develop a more unified global law enforcement response to the growing use of Darknet sites the ‘Darknet Period of Action’ was initiated. Agencies involved in this from Australia were Australian Federal Police (AFP), Australian Criminal Intelligence Commission (ACIC), Australian Border Force (ABF) and state and territory police services.

Throughout the world illegal drugs continue to be the most common item purchased and sold on the Darknet. At the same time law enforcement agencies around the world have also found a wide range of illicit materials such as weapons, fake identities and prescription drugs, as well as illegal services such as money laundering being offered for sale.

Ian McCartney, National Manager Organised Crime and Cyber, said that the belief that the Darknet is an anonymous part of the internet is not correct. It is not an offence to access such sites. However one has to keep in mind that the purchase and importation of illicit goods and services from these sites is a punishable offence.