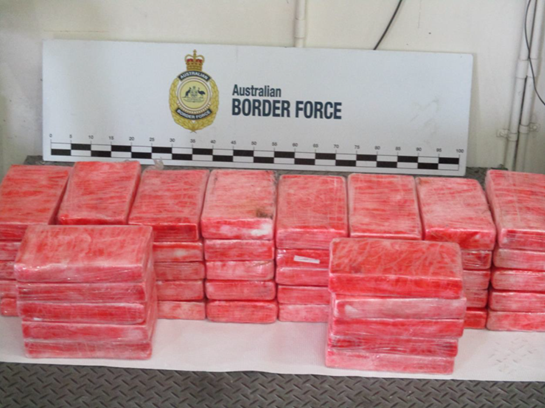 ​​On Nov 23 2021, the ABF disrupted an import of 50kgs of cocaine which arrived in Brisbane via a sea freight container. Australian Customs has been focusing on a global trafficking methodology known as a “rip-off”, referring to the importation of border-controlled drugs concealed within legitimate cargo.

Upon inspection of a refrigerated container, ABF discovered cocaine inside the motor compartment. The cocaine, with a street value of approximately $15 million, arrived from Belgium and investigations into the alleged importer are continuing.

ABF Assistant Commissioner Tim Fitzgerald said “the ABF was keenly aware of the reliance of organised crime figures on people within the freight industry to assist with their criminal endeavours. These individuals, also known as trusted insiders, abuse the access and influence available to them through their employment, to compromise supply chain integrity. The ABF is working closely with the Australian Federal Police and other law enforcement partners domestically and internationally to combat these threats and enhance the integrity of the nation’s sea and aviation supply chains.”

In August 2020 at the port of Brisbane, a similar import was identified, 72 kilograms of cocaine concealed in a refrigerated container.