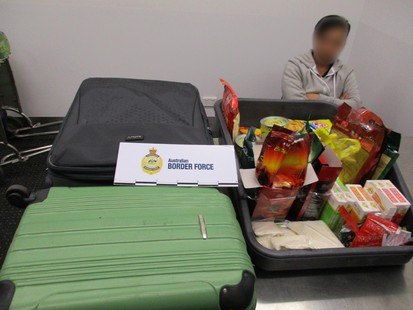 Australian Border Force (Customs) officers identified around 13 kgs of pseudoephedrine in a 35yr old mans luggage at Melbourne Intl Airport and has since been arrested and charged. The man was arriving from Vietnam on 22nd Aug 2019 and was selected for a baggage examination, during which several packages were located identified as food products.

Officers discovered a white crystalline substance upon opening the packages, which was later identified as pseudoephedrine – a precursor chemical used in the manufacture of “ice”.

The man was arrested and charged for importation of a commercial quantity of a controlled precursor contrary to division 307.11 of the Criminal Code Act 1995.

On 23rd Aug he appeared in Melbourne magistrate’s court and was refused bail, to re-appear on 15th Nov in the same court.

Victorian Customs Regional Commander, Craig Palmer, said the detection was a great example of the dedicated work Customs officers undertake at our borders each and every day.

“This detection demonstrates Customs officers at international airports have the skills and technology to identify travellers and baggage that present a risk to the Australian border,” Commander Palmer stated.

“We know the significant damage “ice” is having on communities around the country, and our officers at the border are committed to stopping drugs and precursors used to manufacture them reaching our kids and destroying families and communities.”

“Those involved in the illicit drug trade should be warned, Customs has a strong presence at the Border and you will be targeted.”

The man was not found as being in connection with any customs clearance brokers in Melbourne to aid in the facilitation of his attempted border security evasion.

Anyone with information about the importation of illegal drugs and precursors can contact Customs Border Watch at Australia.gov.au/borderwatch. Information can be provided anonymously. 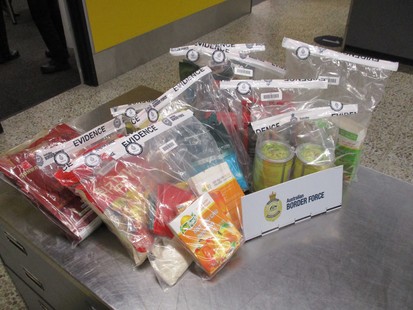