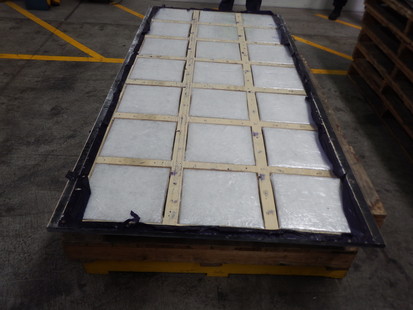 A Malaysian national and a Hong Kong national were charged with serious drug offences in Sydney for their involvement in the importation of 100 kilograms of methamphetamine. This was the result of a joint operation of The Australian Federal Police (AFP) and Australian Customs and Border Protection Service (ACBPS). The estimated street value of 100 kilograms of methamphetamine is approximately $65 million.

On chemical analysis and testing the substance proved to be methamphetamine. Methamphetamine – meth for short – is a very addictive stimulant drug. It is a powder that can be made into a pill or a shiny rock (called a crystal). The powder can be eaten or snorted up the nose. It can also be mixed with liquid and injected into your body with a needle. Role of any Sydney custom broker in this case is not known.

On the basis of this finding, AFP and ACBPS officers conducted a controlled delivery to an address in Prestons, NSW. This was followed by the arrest of a 30-year-old Hong Kong national and a 37-year-old Malaysian national in a car park in Prestons.

According to Arthur Moerman, AFP Acting Manager Serious and Organised Crime, success of this investigation is an example of Australian law enforcement agencies cooperating effectively to target illicit drug importations.

Tim Fitzgerald, ACBPS Regional Commander NSW said Australia’s law enforcement agencies are working together to protect the Australian community from harmful substances. The seizure and resulting arrests prevented the production and distribution of a significant quantity of methamphetamines.