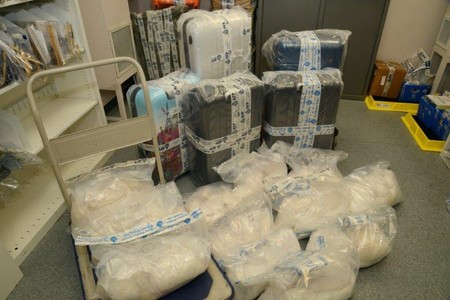 In a well planned and executed operation the Western Australia Joint Organised Crime Task Force seized approximately 200 kilograms of methamphetamine worth approximately $200 million. In this connection 14 people were charged with drug importation offences.  The entire operation was initiated following information from Australian Border Force on a commercial fishing boat off the Western Australia coast near Geraldton.

Task force allege that the people charged were part of an organized criminal syndicate who transport of the drugs from the fishing boat to Western Australia using small watercraft. All were charged with commercial drug importation offences. The maximum penalty for these offences is life imprisonment.

According to David Stewart Australian Federal Police acting Assistant Commissioner globalisation of crime has become very complex and sophisticated. Law enforcement agencies need to use highly trained manpower and technology to  face these challenges. To control transnational crime networks agencies need to leveraging and pool men and resources of each agency. Only then agencies can impact on criminal enterprises and protects Australians from harm.