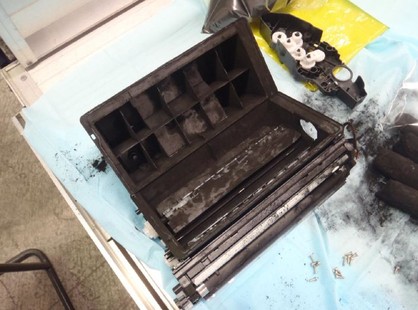 Investigation in this case started when Australian Customs and Border Protection Service (ACBPS) at the Sydney Air Cargo facility got suspicious of a consignment of three boxes labelled to contain printer cartridges. On further investigation of the consignment, it was found that the cartridges contained a white powder instead of toner.

Further, the team intercepted an additional similar package. Here also investigator the package contained a white powder. Another interesting observation was that all four boxes were addressed to the same recipient. Chemical testing and analysis confirmed that the powder was methamphetamine. It is not known if any Sydney customs broker is involved in this case.

Members of the team, the The Australian Federal Police (AFP) and Australian Customs and Border Protection Service (ACBPS), started work to identify recipients of the package. For this they conducted a controlled delivery of the four boxes to an address in the Melbourne CBD.

According to Scott Lee, AFP Manager Serious and Organised Crime, parcel post is an avenue of drug importation. The law enforcement agencies know this and are committed to targeting importations of illicit substances through all channels. He also said that this arrest is yet another example of Australian law enforcement agencies sharing information, intelligence and resources to bring criminals to account.